I'm not the best guy to talk with about politics. The situation in Finland has just made me see politics in a really bad way so I'm just observing and channeling my negative energy towards it.

Before this whole debt-immigrant-uselessministry thing came up, I didn't read any news about what dumb shit politicians managed to do etc

Hey, you're a pretty darn friendly guy, so I don't care what we talk about.~

How's the situation in your country anyways? 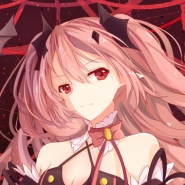 Students with 3.5 GPA or above become professors,
students with 2.0 up to 3.5 GPA enter the workforce,
the rest go to politics.

I just noticed that no one is even close to my result... you're all leftist liberafags.

haha coming from the guy who basically has SJW results, hard-left authoritarian. Pretty sure 'culturally conservative' means that you don't want gays to get married an yoo want to censor video games games and stuff, when I say let everyone do what they like. Although on the other hand, fag marriage doesn't make much sense in it's current state, since marriage is heavily tied to the state and rewards it with tax breaks and such. And there isn't much point in offering a financial incentive since gays aren't going to produce children, which is one of the main points about being married. IMO, marriage should have nothing to do with the state at all.

In fact, I don't think there should be a state. Power corrupts is pretty much a universal rule, and we have seen in history over and over again that rulers abuse their power. That's why I believe in anarcho-capitalism, which is a libertarian society in which there is no government at all- literally everything is privately owned.

The main difference between economically left and right is that the left tried to make everyone the same, it tries to bring down the rich and boost the poor. But it ignores the fact that some people are just smarter, better, and harder working than others, and they deserve the money they make. All leftism does is create a welfare state that further entrenches the poor on being dependent on welfare and government handouts. If there was not welfare, then sure there would be more poverty among the poor, but it would create a more hardworking society on the whole, a lot more entrepreneurs from people who would otherwise laze away on government handouts, but instead determined to lift themselves out of poverty.

I hate how the bottom of that graph says libertarian because I immediately think of economics first. Don't want to be a dirty libertarian.

Bird you faggoted little mongrel, I'll rape you. :V
Nah, I DID put that gays should not be allowed to marry, but I put it on the lowest possible priority, as it's not important at all. Not only that, but the results are NOT representative of someone's full opinions of social or economic policies.

I mean, let's focus on the gay question there - just because I wouldn't let them marry, doesn't mean I have anything against them. They can fill each other as much as they want for all I care; I just wouldn't allow a marriage for obvious reasons.

Cba replying to the rest of yo shit, since I'm far too sleepy. :p

Also Pokkis, let's have a beer together.

Wait, why not? Why does marriage matter as something important in the first place that anyone should or shouldn't be allowed to marry anyone else?

Wait, why not? Why does marriage matter as something important in the first place that anyone should or shouldn't be allowed to marry anyone else?

But wait, I thought you hated libertarianism? then you should be happy with an authoritarian state telling you who you should and shouldn't marry.

Well, on the graph the vertical axis is social libertarianism.

But regardless, social and economic libertarianism are similar. I guess you just want to continue playing video games all day while you leech money of people more success than you?

Well considering I don't subscribe to the idea that more successful people are necessarily hard working and necessarily "deserve" everything they have I would say no. Yes I am taking this from your other post.

Edited to make my words more clear because I don't even want to fucking argue I just want to talk about sandniggers.

I guess those people just lucked across a successful career then. They were probably just walking down the street one say and suddenly got propositions a 200K per year job out of the blue. Or maybe they were working at their job at a fast food place, then the business owner suddenly quit and gave the ownership to them.

What's to talk about sandniggers? Pretty sure we've already unanimously agreed we need to genocide them. Nothing to argue about.

Regarding the gay marriage i have 2 different standings on it... or rather, 2 solutions id use for it.

The first one and more desirable one for me is...  Dont allow gays to marry. Instead, remove marriage being a state thing, hand it back to the church which may do with it what it wants. Fill the resulting hole with an equivalent to marriage but without the holy blessings implication, for couples (maybe not just them?) who live together and wish to stay this way. Orientation and gender of the participants is irrelevant for this, its purpose is to give a incentive to live together for long times as people living together is economically more efficent (not just for the couple but also the state too).

2... Just allow gays to marry. Who cares? Im not really seeing any reason to not allow it and even if they dont produce kids, its still of economical value to have them stably live together. Think of it this way, if we can reduce the living space needed for almost everyone* theres less need to build more houses and streets, costs you can strike from your list and neither will the state have to maintain those.
Like Aurani said, it just really isnt an important issue. Theres more pressing things to take care of - like how to deal  with the immigrants.

*Everyone is just so it doubles as explaination for my point in 1. Allowing gays to marry also accomplishes this but at a smaller s○ale. The gays aint everyone.

Or maybe they were working at their job at a fast food place, then the business owner suddenly quit and gave the ownership to them.

Sadly, thats exactly how it works... well almost. Connections and refferals are everything. See wikipedia regarding this.

I can give you a first hand experienced example... not for the workmarket but i've friends who got awesome jobs that way. So basically i was struggling getting appointments at specialized doctors, only to end up on month long waiting lists. Sounds familiar?
Right, then sometime it happened that someone with the same problem was in the hospital one of  my friends works at and they talked. Guess what happened? That woman told me of a doctor and that i should just call him and say she sent me here. I got a appointment just 2 weeks later.

Its aggrivating but its how it works in this world. That or you just already have the money to buy friends who kiss your ass.

Well, that just means that you need to make an effort to make connections, doesn't it? A free market is very much a meritocracy though, there is none of this 'affirmative action' crap, if you are more skilled than other people it's pretty much guaranteed you will get hired. And there is nothing stopping you from creating your own business either, and it will be easier without so many government regulations.
And appointments? Since everything is privately owned, there won't be this long waiting list, because there will be competition even among medieval practitioners ensuring that waiting times will be low and prices relatively cheap.