He most definitely isn't going to change his mind over 20 of us + various banned people on this forum, so let's keep our dignity.

I don't see how we lose any dignity, it's just 'hey mr. peppu, we left to create our own forum for x reason. We might come back if you change the things we don't like'. And yeah, I severely doubt he will actually change anything, but I think it's always good to give people the benefit of the doubt and give them a chance to repent even if you don't think they will. 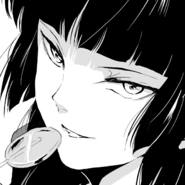 peppu isn't going to give a damn about a few dozen people. Let's not make fools of ourselves.

I agree with FuZ and Kaienyuu, peppu has shown in the past that he doesn't listen to other people so rather than being all "pls change shit" lets just leave him be with his new fancy forum. It's not like he is going to miss us.

Alright, if you really feel that way I won't ask peppu anything. Though I still want to make a thread when the new design comes into effect advertising our forum and giving people an alternative.

Let's just stick to word of mouth for now and we'll see to that later.

i am Riince aka Bassist Vinyl
Professional Jesse Fanboy

peppu isn't going to give a damn about a few dozen people. Let's not make fools of ourselves.

Of course, but making this something specifically against peppu is not a good idea in my opinion.

In fact, we're doing him a favor by moving the people who would potentially bitch and whine about the new forum style elsewhere.

It isn't really something 'against peppu' per se, just a thread in the development subforum advertising this one. I don't really see why it's a bad idea, we don't really have anything to lose (except my reputation/account for posting it, I guess)

Well, all of our reputations are on the line if we turn this into a "yo peppu, look, we have u cornered ha ha ha ha!" when he doesn't give two flying shits about us. It will make us look like rather desperate idiots if we turn it into something aimed against him specifically, just like I mentioned on the last page.

Just let the people know about this place without making a thread, because making a thread makes this thing officially against peppu - something which we don't want to do. If you spread it around by PMs and word of mouth, it'll become a thing between the users themselves, not the retard and his new forum.

Sure, I just don't think making a thread is a good idea. It would either be subject to ridicule and/or deleted. Surely we could come up with other ways to let people know. Word of mouth works.

A thread in OT could work if it was explicitly stated that it's more of an alternative to those who don't like the new design instead of being directly against having the new design rolled out.