How many retrofags do we have in Tuuba Forum? What old games have you been playing recently?

Just a few days I did best and sad ending of DuckTales and beat Super C without power-ups.

Havent played these games recently, but consider these 2 one of my favorite as those are the ones I grew up with: Jazz the Jackrabbit and Vinyl Goddess from Mars.

Might actually start up Dosbox and play them a bit.

Does C&C Red Alert count as retro? Because I play that (in the form of OpenRA).

I've been playing a bit of Baldur's Gate. And some of my favorite games are Morrowind and Vampire: the Masquerade - Bloodlines. I've got a couple copies of the latter from a Steam sale that I can give to anyone interested, but check out the game first to see if you'd like it before requesting it. 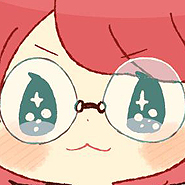 Booted up my Wii after a long while (actually cause i play PM and Melee like a madman since 1-2 months now) and discovered Super Star Soldier as a VC game again.

That shit is bangin, one of my most favourite vertical shmups across all platforms

and that stage 1 theme though
https://www.youtube.com/watch?v=ThhtBuuiiVs

I've been playing a bit of Baldur's Gate. And some of my favorite games are Morrowind and Vampire: the Masquerade - Bloodlines.

Have you heard about OpenMW? It should be finished in a few months, and it's basically 100% playable right now, so I'm putting together a mod list in preparation for 1.0.

I also keep meaning to revisit some old SNES games, but I need to fix my USB adapter... until then, I might try doing some N64 multiplayer through RetroArch.

OpenMW looks pretty interesting, I should take a look at it as well.

Also are you interested if I start rolling some random retro games every week which we have to beat the shit out and discover all its secrets? We can also discuss all kinds of strats and shit.

https://www.youtube.com/watch?v=Kdus6cp … l=jones944
I was thinking of playing this game again. And i need to finish Vagrant Story.

Also are you interested if I start rolling some random retro games every week which we have to beat the shit out and discover all its secrets? We can also discuss all kinds of strats and shit.

I like doing things, especially fun ones, so sure.

Yeah I'd give that a go.

I will get on that for the next week. I got shit to do on the weekend so thats' why.

A friend of mine has Worms United on his computer so we play that in breaks.

I recently beat the Quest 1 of the very first Legend of Zelda game.
Now im getting my butt whopped in the new game+ (Quest 2)

Sheit, games used to be hard. Where did we go wrong?

Sheit, games used to be hard. Where did we go wrong?

In ye olden times, the same people who developed the games would have to test them, which meant they would constantly be tweaking things in a way that challenged them. This means it would be moderately difficult for the people who knew every detail and had played it for months, which apparently translates to extreme difficulty for regular people.

Playtesters were eventually introduced to help speed up the bug-finding process, which lead to fewer mistakes and faster releases, but apparently people can't test games unless they can beat them. So the difficulty in games started to normalize.

When this happened, a lot of the devs were uncomfortable. Originally games being difficult was a selling point, since it meant you would spend longer playing it. In the era of kids getting maybe 1 game every 2-3 months, this was a really big deal. But the publishers only saw dollar signs. Games being easier means they're more accessible, and if a consumer finishes a game they'll just have to buy another one!

But there will always be a hardcore audience playing games, and we've seen several games being marketed as difficult... even if it is typically a gimmick and even the Souls games aren't that impossible. But honestly, games on the level of a Battletoads aren't something we need 1000s of.