How is it weird? I hope you don't mean THOSE kind of massages. I meant like, just your normal back/neck/shoulder massage.

I know that's what you meant. I just can't imagine getting myself massaged by one of my friends, it's just..
what kind of an atmosphere do you need for that to feel normal...?

A normal one? I don't know what you talk about with your friends or what kind of atmosphere you have, but I can talk about anything without a problem. I'd say the most normal thing to talk about is them. Ask them what they think about person A, or what they did yesterday, or whatever, just talk.... I have no idea why it would be more awkward than holding a normal conversation. You're not trying to seduce them, lol.

Well, you have to know that you can use them for even more than just that! That's what most bonds are for - getting as much of that  sweet, sweet nectar called profit out of them. :V

Started playing FFXIV yesterday.  Why is the Heavensward expansion pack more expensive than the damn game itself?

thats how it is in all MMORPGs, expansions are the game (endgame especially), base game is like a demo

base game = old content = deserted mainly because of the new level cap the expansion offers (why would you do old dungeons/raids/whatever 10 levels behind your level?)
expansion = new content = everyone's playing on it

base game and previous expansions will always be cheaper in that kind of game because of that, plus they reduce the price of basegame/old expansions when a new expansion is released so in the end you always have to pay the same price to be up-to-date

Oops, wrong thread.  I used to throw stray cats into walls and thorny bushes when I was 4 because it was I hated cats and it was a cool way to play catch by yourself. 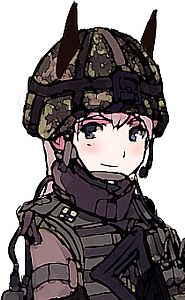 Once in my life  (somewhere around 11-14yo) i used to be a little master shoplifter. Usually stole pokemon cards and candy because i was so obsessed with that stuff, also started stealing cigarrets at 12yo and at the time i was damn proud that i could steal them from any shop in town though usually i sold the loot to friends. I did understand that it was not right but did it anyway because i was good at it. Someday i realized something and just stopped doing it and cut all connections to the friends who were into that kind of stuff. Never got caught but i'm not proud what i did. I was lucky i had sense to stop before i got myself into trouble.