Nothing in particular, no, just a random thought that crossed my mind since lately I've been mentally occupied with processing the fact I'm fucking out of God's Chosen People[tm]'s country.
To put my thoughts mildly, people who are too traditional or religious simply lack rationale and often enough their moral compass is absolutely fucked despite claiming how being religious/following religion makes you a more humble person.
The majority of them that I've met are some of the least benevolent and compassionate people I've met, justifying cruel deeds with some bullshit mental gymnastics about God being "all forgiving and seeing" or whatever. They'd go immense lengths to justify straight up abusive and neglecting behavior with all kinds of made up reasoning. It's almost impossible to discuss anything complex with them without them immediately dumping what they cannot handle emotionally upon the Big Dude In The Sky. Some people will argue how religion and tradition are not the same thing, which is true, but they too often go hand in hand to ignore. And if you look at the pros and cons, the cons are far too great for the pros to outweight.
My choice to leave this country has set the image of me being a deserter, a person who has lost the sight of the right path, a person who will be eventually exiled and shunned, especially due to my reasoning of marrying someone who isn't Jewish nor will be at any point. While my family isn't that orthodox, it is orthodox enough to constantly pester me about remaining "committed" to my Jewish roots, or to ask my future-husband to become Jewish or at least well versed in Judaism, and they ultimately hope that if those conditions can't be met, then I should fail. The most common sentences thrown at Jewish Israeli people migrating to other places is - "you'll come crawling back in a year, you will miss home, you don't know how good you have it here", if your family is somewhat Orthodox, then you can add a sprinkle of religious bullshit. I've been marked by my family as a sinner, and they're sure as fuck "masking" (badly) it when they meet me, but I have been getting numerous phone calls from organizations that help "Jewish girls out of improper relationships". It could be no one else but my family members doing this shit, and I honestly wish that rather than trying to leave any bridges open with me, they will simply exile me and deny my existence. They've done little to no good to me, and used religion as an excuse to justify their mind's inability to be flexible. Once your thoughts are no longer flexible, consider yourself dead. I have considered their point of view many times, and I have failed to understand why what I do with my life is any of their concern. God forgives the wrongdoing between a man and his God, but not between a man and his fellow man. If he truly exists, he will not forgive them.

Fuck religion honestly, it's the worst and most heinous form of toxic positivity.  How do people even know what 'God' wants from us when we haven't heard from that mf in 1000s of years.  In the present day it's just used as a means to force outdated ideals and cultures while using God's name as a scapegoat.  I don't believe in God, honestly fuck that guy if he exists, but if he does exist, I, based on what is taught by Christianity and/or Judaism, believe he wouldn't look kindly to those kinds of religious zealots.

Religion always was and WILL remain an incredibly effective tool to brainwash people. Keep them 'checked' and in line. I used to be less strict with my opinions about belief and religion but as I grew up and noticed just how deep this shit goes, I became much less tolerant. The vast majority of the population here is religious to a certain extent, and they always yap about how AcCePtInG and OpEn they are, but it's 10000000%. actual. bullshit. I've met maybe one, MAYBE one person who was religious but actually supported that claim with their behavior. The vast majority are, well, two-faced pricks that "welcome" you as soon as you don't make too much noise or are not too non-conforming. Go too taboo, and you will face their 'acceptance' at full force. I can only speak for Israel, but this country, and its people, have gone beyond salvation. The fact mutilating your child's penis is still done in this day and age, and is a wildly accepted practice even by secular people who do it due to peer pressure, is beyond me. I'd honestly rather throw myself off a cliff than multilate my child for no good reason, and that view alone already leaves me as an outcast. Let alone marrying a non Jew, let alone moving a country. I've been criticizing and defying religion/tradition since I was 10 or 11, pondering what the fuck is there in it, and if I wasn't born in a religious household, it'd have probably been even sooner. I hate everything.

Religion is born as a means to find clarity in a world that offers no clarity. It's just escapism, a fantasy; which is fine, I have nothing against that, people can believe what they want to believe to make them happy as long as it doesn't harm others.  But most religions are actual cults, altered by various people over the centuries with ulterior motives and most people don't want to believe that.  We've been born into religion for so long that we've been brainwashed to believe bullshit like bruh I spent the majority of my childhood being homophobic just because I was born Catholic.  We turn a blind a eye to so many wrong things about religion just because it's been like that for ages it's crazy.  I honestly have nothing wrong with people believing in God or whatever, I just have something wrong with religion, they're all cults in my eyes.  I hope for the day when people can believe what they want without being forced upon a ruleset by a higher authority who have absolutely no qualifications to be in their position.

I understand what you're saying and I agree. Unfortunately, people seem to be unable to draw the line between believing in god or a "grander entity" and actually choosing to belong to a religion. Yeah sure, it gives them hope, motivation and whatever other things being super delusional gives you but from my anecdote, religion not only sells you an illusion, it also allows- promotes- and excuses abuse, and generally draws shit out of people. If all of your shitty behaviours are forgiven by some simple actions of atonement and self-harm, there is very little drive to become a good person to begin with as you'll be excused no matter what, God is love and forgiving after all. The Bible as a lore is, I guess, cool and has a few good points, but once you read grimoire and take it too seriously, you'll find yourself going insane. 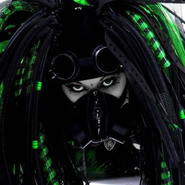 idk bro but she was sure as fuck hacked

That explains why she left the one server we still had in common on discord.

Or rather her account that got hacked left the server. 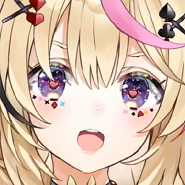 Does anyone find it crazy that phones nowadays are mini, portable computers that have more complex hardware than computers of 12 yrs ago? Average download speeds nowadays are Korean levels 70mb/s too which was crazy to think about 10 yrs ago.

What I’m actually saying is I finally got a new phone after using my old phone for 6 years. But only because it broke tbh

How far did you have to go with securing your data afterwards?

yoooo don't get me started. There was some sensitive info in dms with parents I had to go and delete asap

I'd be genuinely losing my mind lmfao I feel so sorry for you. Really

And yes it has reached the point some people don't even own a PC or a laptop because "wtf do I need it for I have a phone" and I'm like but. but. IT CAN'T BE COMPARED NO