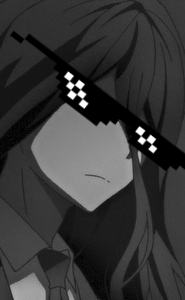 someone teach me how to play attack heroes, I somehow manage to fuck up on even the w+lmb ones

the only good attak hero is mccree

Wall of shit you don't actually care about.

Most close range damage dealing heroes (or so I find) play similarly to TF2 Scout in the sense that they are fairly easy to kill when spotted, so you should absolutely try to take most of your fights by engaging from behind or abusing their focus on something else. If they look straight at you there's no point approaching them for an 1v1 duel unless you know they're very bad or low on health. Also aim at the head and always keep your crosshair at that height, blahblah basic shooter cursor positioning stuff so you don't get surprised behind corners quite that easily.

None of this is necessary for McCree, he can just stun+rightclick everything in the stomach and destroy shit, not to mention he still does huge damage at mid to long range if you can headshot stuff.

Genji's also a bit different since he has projectiles without splash, hard to aim but so satisfying when you get that phat triple headshot on somebody. Ult destroys.

Tracer strong as fuck as long as you dont fuck up your aim or get yourself killed with bad dashes and shit.

Pharah easy rocket splash dmg (or directs for huge 120dmg) but don't bother if they have a good Widowmaker, she'll swat you like a fly. Good for destroying Bastions/turrets as long as they don't catch you off guard.

Also playing in a full team stack makes the game so much more enjoyable because you can actually coordinate pushes so you have a distraction to work off, and have people call out where the enemies are so you don't get destroyed by stupid shit that much.

someone teach me how to play attack heroes, I somehow manage to fuck up on even the w+lmb ones

the main attack hero that i play is tracer because it's super easy to win in pub games with her, you just get behind the enemy line and be annoying, you are really hard to kill so it will make the enemy team lose a lot of time and even split them, just don't forget to hide somewhere when your E is on cooldown, the enemy will probably follow you and lose extra time. if both teams are doing a teamfight you can just flank the enemy team and get easy kills on healers and low health dps

lucio is the best counter ffs

i found this website, it has guides for all heroes so if you're looking to play a new hero you can find some interesting tips: http://www.furiouspaul.com/overwatch/

the average skill level of players playing this game is problematic

Noob-o-tastic. Its why Bastion is so "strong" because nubs dont know how to deal with stationary enemies.

yeah i don't get the hate on bastion and torbjorn, 3 rockets from pharah and their turrets are down, and if they're in hard-to-reach spots they can get hard counter by genji's deflect

i'm not enjoying most of my matchs because people can't adapt to the team, people picking 2 widows, people picking useless D.Va because muh waifu, weeaboo-san picking hanzo but can't aim for shit, people that continue to play symmetra after the first point has been taken until the end of the game

playing solo is too random but i'm not surprised

Even then - if Mercy is all he has as support from teammates he'll go down easy, do actual teamwork with your teammates and get him in a pincher attack, attack from two sides. Dude gets like, double damage from behind and there will be someone behind him no matter where he aims.

Also tracer - blink in, lob that grenade and rewind out, Bastion no more.

the story of my life, we had no heal from the begining to the end

i think i should just stop playing the game at this point, i'll soon get a negative W/L ratio and get matched with even more retards

also I find kings row the easiest map to deal with stationary bastions. so much flank spots