*I count non overrated or ranked maps only (though that is highly subjective). If you want to debate about it, go ahead and post. The map must have HP 7 or higher and OD 8 or higher unless it's higher than 10k. Moded plays may have up to 1.0 HP and OD lower. OD and HP values are based on nomod. 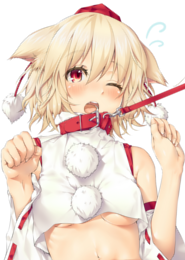 Played Doma Umaru [CV.Tanaka Aimi] - Kakushinteki*Metamaruphose! [victorica's Lv.13] <https://osu.ppy.sh/ss/3868864>
I have a feeling that Victoria's mapping is not as great as it used to be. The map feels like spam, imo. So many parts where there is little flow.

Played Hommarju feat. mamiko - Katayoku No Tori [7th Twilight] <https://osu.ppy.sh/ss/3868896>
My stamina was fine for the most part, just kept missing due to my fucking brain. The end had broken streams which is something I really suck at.

Played Liberatus - Doll's Garden [4k SC] <https://osu.ppy.sh/ss/3868915>
Has a lot of pattern switching and a heay alternation pattern at the end. Could have done better, but meh

-- SKILL EDGE --
Played Lv.4 - Aestivalis [(5K)Insane] <https://osu.ppy.sh/ss/3868935>
Failed this one. This map has a lot of double jack, and test more speed rather then stamina. There was a SV-shake part which killed my health bar and was left dangling in a thin rope as a struggled with the slow SV after that. While I recovered, the fast shields notes following that through my rhythm to bonkers and my HP hit rock bottom. Might retry this sometime liter as I think I can actually pull it off. It's just a long map.

Played TeamGrimoire+Amaneko -croiX [GRAVITY] <https://osu.ppy.sh/ss/3868964>
Failed this one as well. Finger itch. Not redoing, will break my hand if I did it enough times.

Played xeona - 4K Challenge Pack [REDALiCE---Welcome to Drakecore]  <https://osu.ppy.sh/ss/3868972>
Beat my July score by a small margin. Any tips on how to maintain high bpm rhythm? It's not stimina that gets to me, it's just do it's easy for me to go out of sync.

Played FOLiACETATE - Heterochromia Iridis [4K SC - Coalescence] <https://osu.ppy.sh/ss/3868981>
Lost because not fast enough to keep up with the streaming at the end. Oh well.

Played UNDEAD CORPORATION - The Empress scream off ver [SC] +NF <https://osu.ppy.sh/ss/3869018>
This is a stamina heavy map if you don't that already. It's clearly evident where my stamina ran out. At least it's better than the D from 6 days ago.

-- Play For Fun/PP --
Played uma - masaka IN Nightmare! [EXTENDED] <https://osu.ppy.sh/ss/3869055>
Played this like 8 times over or something like that. It's my favorite map, btw. No new hiscores, but I did get a new best accuracy. Strangely, I couldn't FC this map this time.

Played High Speed Music Team Sharpnel - M.A.M.A. [ExTra] +HF <https://osu.ppy.sh/ss/3869073>
There are many reasons to hate this map, and just wanted to get my play on to there. Don't see myself playing this anytime soon unless I feel like I can pass this shit no mod.

Played S-C-U - Ambitious [Spy's Another] <https://osu.ppy.sh/ss/3869083>
Typically maps that are about my difficulty range and I FC on the first try are pretty well made. I almost FC'd this one. The end's 1|4, 3|4 pattern got to me. Also got 161pp from it, which is nice. Adding this one to my special collection.

Played Igorrr - Mastication Numerique [Mastication] <https://osu.ppy.sh/ss/3869110>
Another close hiscore. It's a catchy map, on par with my stamina and speed, but mindblock those things midway though @.@

Played Transin - Soul Destructor [SC] <https://osu.ppy.sh/ss/3869124>
Not my best score, but feel like I did those chord jack at the end rather well. I usally end up missing them.

My osu! gave up on me and decided to crash when alt-tabbing back. I'll edit if I get any good achievements today.

You should probably fix this before ksg finds out.

You should probably fix this before ksg finds out.

It's not written with a capital O.
I don't actually care though, it's SNB/2nnt's job to complain about this one. Hide your kids, hide your waifu, ksg has evolved! Run away!

It's not written with a capital O.
I don't actually care though, it's SNB/2nnt's job to complain about this one.

Who the fuck cares?

It's Mara who brought this up.

Go to osu!G&R, make a new thread and include Osu! everywhere. See results.

This is called autism.

Go to osu!G&R, make a new thread and include Osu! everywhere. See results.

This is called autism.

This belongs in G&R

you actually write down the maps you play or?

This belongs in G&R

But it was here all along? :o